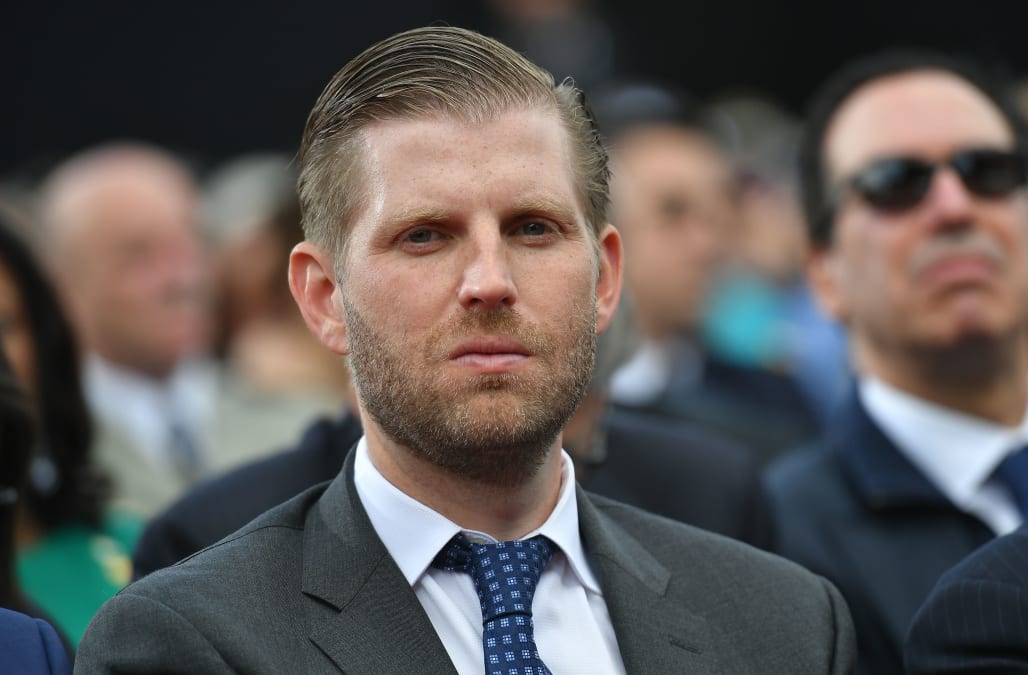 Eric Trump’s attempt to call out a Washington Post reporter appears to have backfired, with many on social media trolling him and expressing support for the reporter.

The criticism began after the president’s son tweeted a letter sent by the Post’s David Fahrenthold to a Trump Organization employee offering different ways he could be reached with information, even anonymously.

Eric Trump then commented pointedly: “These are the tactics used by the @WashingtonPost. @JeffBezos – you should be very proud.”

Proud papa Donald Trump poses with the three children from his first marriage (from left: Ivanka, Donald Jr.  and Eric), who have since grown up and have joined him in the Trump Organization.

The siblings share a moment of fun in their apartment at Trump Tower, where their father still lives today.  Their close bond and sense of fun has served them well in their working relationship at the Trump Organization.  (From left: Ivanka, Donald Jr. Trump and Eric.)

Eric  poses with his father at a reception for the Eric Trump Foundation’s Second Annual Golf Invitational, a fundraiser for St. Jude Children’s Research Hospital.

Real estate tycoon Donald Trump and his son Eric have some father-son bonding time while watching Tito Ortiz and Lyoto Machida duke it out during a boxing match at the MGM Grand Garden Arena in Las Vegas.

However, journalists have since backed Fahrenthold, including New York Post reporter Nolan Hicks who jokingly asked if he could borrow the letter, saying, “It’s pretty, pretty good.”

And the Daily Beast’s Lachlan Markay tweeted in response, “Lol is this supposed to make Fahrenthold look bad? He looks like a total pro here.”

New coronavirus cases fall in China, but WHO concerned by global spread

Shania Twain: ‘I would definitely add an Oscar to my bucket list’